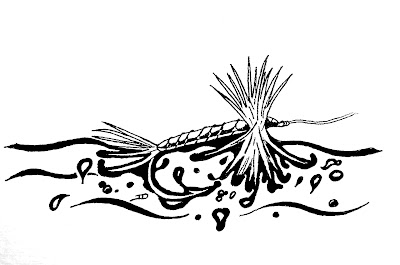 Here is another inked fly going along with the tee shirt idea. I did a wet fly last time so I figured why not a dry on this one. Besides, its something that fills in my daily fly post. 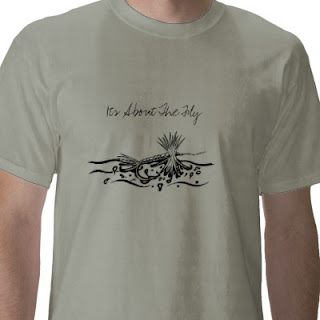 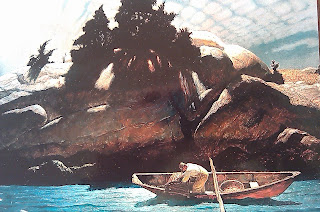 I had a little trip to Portland Maine the other day and was really looking forward to hitting the sites around town. I was especially excited to check out the Art Museum as they had two big influences for me in their collection. Winslow Homer and Andrew Wyeth. Unfortunately I came a week to late. I was hopping to see the watercolors these two artists are known for but the exhibit was taken down a week before. 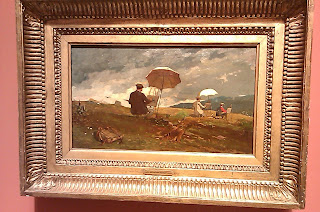 I had to settle for a few of Homers oil painting (still a joy to see them in person) and Andrew W. fathers watercolors (N.C.Wyeth). If you read any Robert Louis Stevenson as a kid you probably have seen N.C. Wyeths work and just never known it. A the the end of the 1800 he did alot of work for a publisher and most of the paintings in adventure classics are done by NC Wyeth. 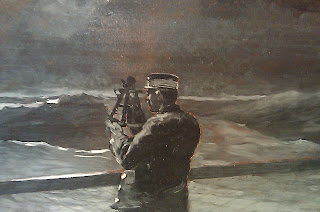 Well after the museum I wondered down to Old Port and cruised the streets looking for good eats. I got a bit of Lobster, saw the sites, and then caught the buss back to the hotel. I thought about bringing the fishing gear on this trip but with the time constraints and lack of transportation available I opted for a tour of the city instead. It was cheaper and was a good little getaway. I have been to Maine quite a few times - mostly Bangor - and really love the area.

The people are great, the sites are amazing, and during the summer, it is a real nice to stay. I have also been here in the winter.... I like the South in winter.
The final pic in this post is of Longfellow's home. As a guy that reads quite a bit and loves history, art, and all things nautical, Portland Maine is a great town to see. I look forward to coming back here when the weather is a bit warmer and I can spend a few days. 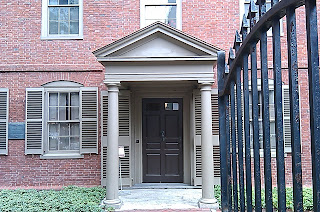 Next time I am going to have to try and hit those Maine stripers in the bay or head in-land for native trout.
Posted by Unknown at 3:25 AM

Please don't take this the wrong way, because I really do like your work. But, the proportions on a lot of your flies seem off, especially the dry flies. Hooks too big in relation to tail/hackle.

The works themselves are great, and I'd love to own one someday, but as a fly tyer, I just had to say something. Keep up the good work, really enjoy your blog/art.

Hi Joel. Thanks for the pictures of Maine. Beautiful country.

Robert - thanks for the read and comments. Got to addmit that the hooks in most paintings (as opposed to when I tie) are an afterthought. I'll keep an eye on it in the future.

Shoreman - It sure is a great place to spend some time. but your area is also got some great spots. I have fond memories of a lake called Pinecrest from back when I was a kid.

Bigerrfish - I figured you would enjoy the read. I've been working on getting more words in my post.