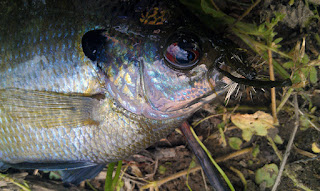 No, its not the BCS you might be thinking of but instead its the Bass Crappie, Sunfishing slam.  Not spectacular as grand slams go but still a good time.
The last week or so has kept me fairly busy but that doesn't mean I haven't had time to break away every so often to do a little pond fishing.  Taking my kids to some local ponds we were lucky enough to hit them at the right times and at the right temperatures.  The bass and bluegills have been aggressive and eager to bit and I even managed to sneak in a crappie or two with the fly rod. 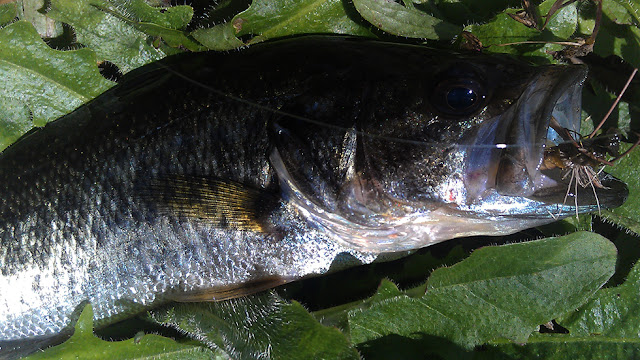 Unfortunately the ponds that are close to the house never hold very big fish but that doesn't make hooking into an eager bass any less exciting for me or the kids.  While I was casting my 6w, I strung up the Tenkara rod for the kids.  A few sunfish later and they are just as happy to be tossing in rocks to see the splashes. 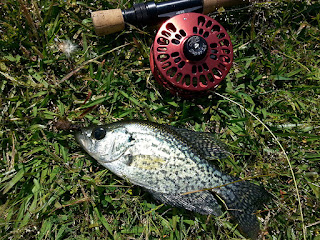 Hooking into some eager bass, a few dozen sunfish, and a crappie or two in a few short hours might not be a true grand slam but it does relieve that itch to catch fish.  It also has the added benefit of entertaining the kids for an afternoon while creating memories that will last for a lot longer. 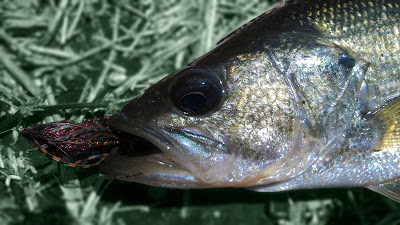 I did a challenge on a local stream yesterday. I tried to catch at least 4 different species of sunfish. I got them but couldn't get pictures of them all.

FinF-just clicked over. Great mind think alike. This time of year is perfect for hitting all types of warm water fish. Only wish I had more time.
Kevin - I need to make up a sunfish i.d. card to keep them straight. There is just so many variables and cross breeds. They all are fun to catch.

Joel
Nothing like fly rod action in the summertime for some awesome gills, crappie and bass. thanks for sharing

Bill - anytime. Got to love the summer. Perfect for this kind of fishing.

Jay- that's right.got to get to 'em before the full heat of the season is upon us.