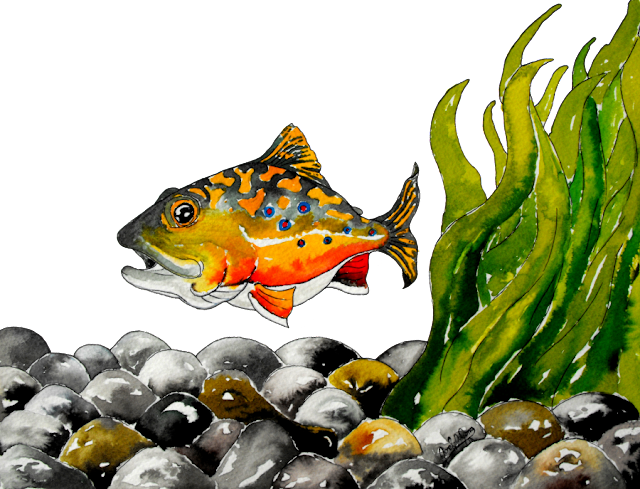 Its a rather late post for this Friday but I have a good excuse - I went fishing.  Before I get to that, The image above is a preliminary illustration for a project I have started on.  I am not going to reveal much more than that for the time being but I thought I would give you a taste of what I have been working on lately. 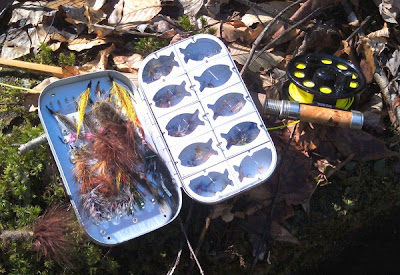 This morning I woke up with the kids and on the spur of the moment, decided to try a little fishing.  I packed the new bamboo, a few boxes of flies, my hiking shoes and headed for the mountains.  I chose a stretch of river I had never been to before but required a 2.5 mile hike from atop a mountain on down to the bottom of a gorge. 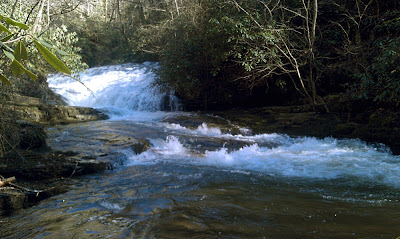 The hike was beautiful even if it was a strenuous hike out, and the water was a bit high, but the gorge was amazing.  The fish however decided to take the day off.  I only had one fish look at my fly all day.  It was the only fish I saw all day despite running through nearly every fly and nymph in the box. 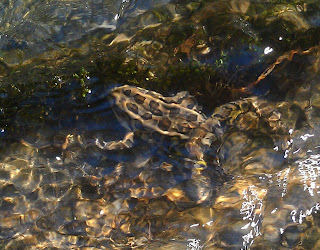 Besides the one fish, the only other aquatic life I saw was this frog.  I was at the tail end of a forty foot waterfall where the gorge narrows to a slim six foot across.  This little guy was so cold that he could barely keep himself afloat.  There was ice hanging from the ferns above my head and it looked like this frog could use some sun so I scoped him up and placed him on a sunny part of rock just out of the water.  He must have liked it because he stayed right where I placed him for the next ten minutes while I tried to fish.  When I left I think I caught him laughing at me.  As I left the hole for the hike back to the jeep, I could have sworn I heard him say, 'No fish is ever going to be fooled with a cast like that.' 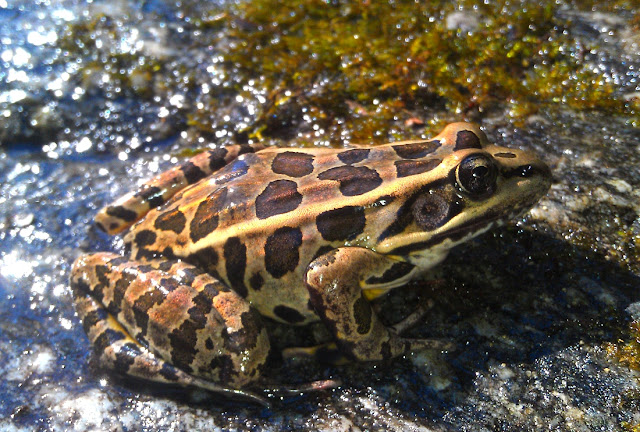 Wow Joel, I love the fish with personality. Whatever it's used for should be a big hit. And I love frogs. There are so many interesting varieties. Glad you got out with your new rod even if the fishing gods weren't paying attention.

Do I see a childrens book in your future?

What a good guy putting the little frog in the sun. The fish on the top looks like a Brookgill. Book trout/ bluegill cross.

Love the colors in the picture. Has a lot of life and yes, personality.

CoFisher-thanks, the frog was a nice way to end the day even if the fish didnt show
Kevin-you just might, my little girl calls him Spots and Im running with it. We will see what comes from it.
Mark-I was doodling a cartoonish looking brookie and my kids loved it so I decided to do a painting of the cartoon Brookie Spots
Anon-thanks

I was curious if you ever thought of changing the page layout of
your site? Its very well written; I love what youve got to say.

But maybe you could a little more in the way of content so people could connect with it better.

Youve got an awful lot of text for only having 1 or two
pictures. Maybe you could space it out better?

Hi there, just wanted to say, I enjoyed this post. It was inspiring.
Keep on posting!