Keep To The Basics 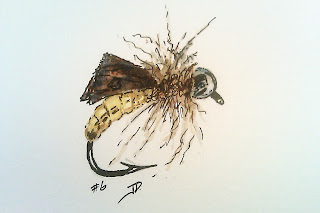 I did finaly go fishing today though it was a later start than I had hoped. I took a chance and fished a new stretch of water on Mathews Creek. Due to the rain the flow was way up but it is a nice stretch of water and look forward to hitting it again when conditions are a little better. 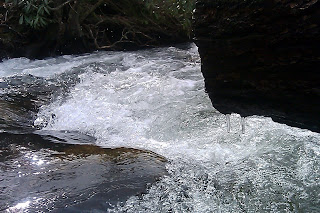 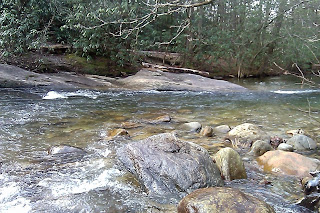 After loosing 4 of 5 flies dragging bottom with no results I moved over to the Saluda river to hit a hole I knew had trout. Again I used everything from Nymphs to Woollys, a Black Nose, Muddler, and even a crawfish without any result so I swallowed my pride and tied on a SanJaun with enough wieght to sink the Bismark and let her rip. I guess one should never underestimate the basics, I went through nearly every fancy and smartly tied fly in my box and in the end nothing, I break out The SanJaun Worn & End result: One 13inch Rainbow-fairly beat up but at least It prevented me from getting skunked. .. 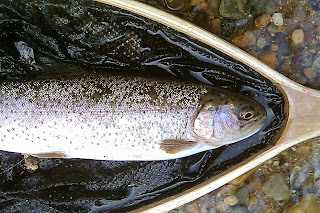 Yea man! you went, you hooked up, bet you learned something... well done.. I have a love hate relationship with worms and eggs for that matter