Bass Off The Bottom 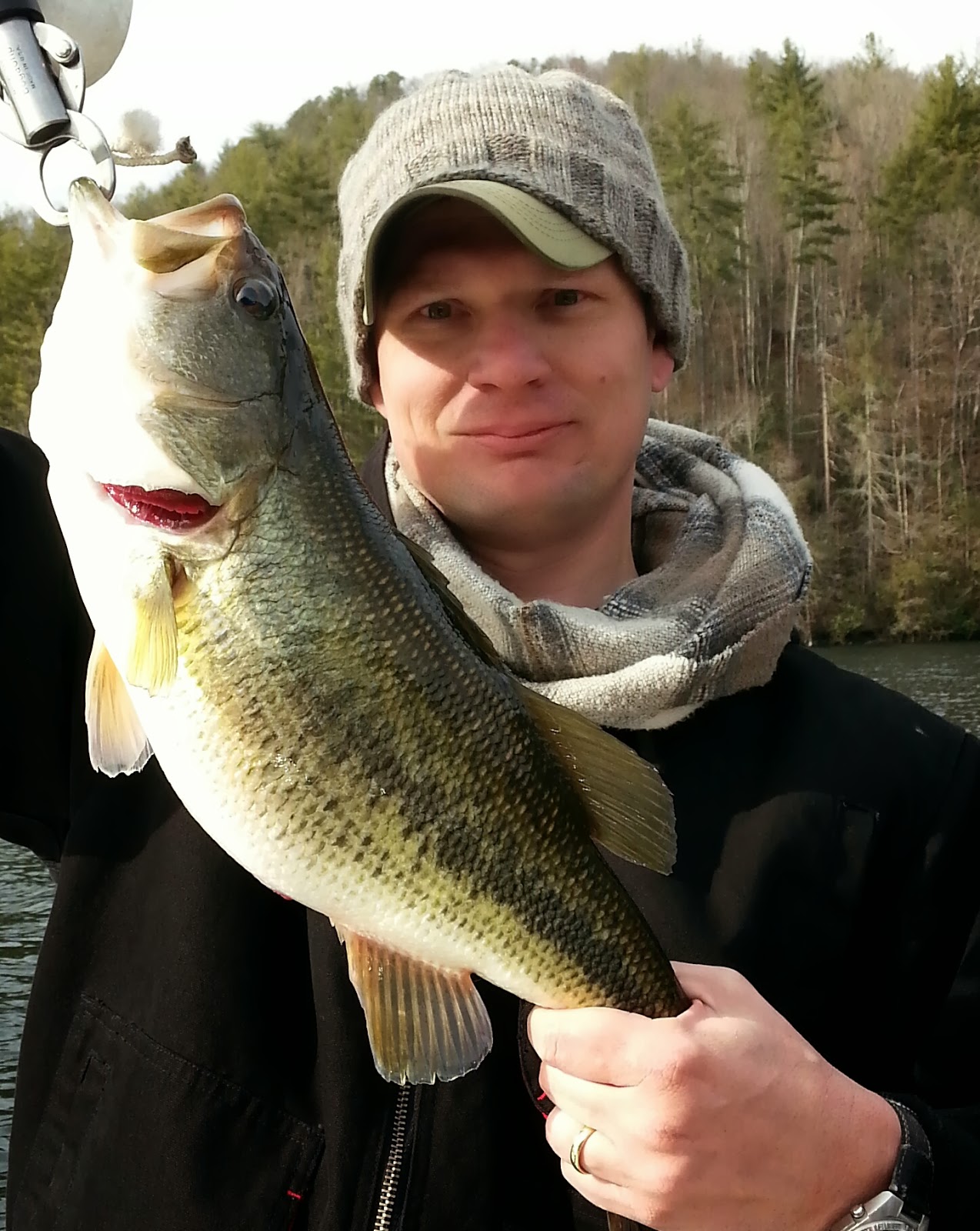 Its not a style of fishing I usually go for but when a guy asks 'hey, you want to go fishing?' you just don't say no.  Besides that, a change of pace is a welcome thing so last week I bundled up in 30 degree weather to go to an up-state reservoir to do a little trolling for trout.
No, I'm not insane and yes I know that the picture is not of a trout.  It is a bulky large-mouth bass boarding on five pounds and it was by far the best fish of the day.  The story behind it is just about as interesting as the size of the bass.
While trolling a back water at about 50 feet the boats sonar began to pick up a rising rock pile so as quick as we could we cranked up the down-riggers to about 20 feet and then dropped them back down to 45-50 feet.  As soon as that weight hit the forty foot mark I saw the rod bounce but thinking it was just the weight settling out I let it go and set the other rod.  Then the rod double over and I thought I had hit the rock pile at 50 feet and unleashed the rod from the rigger.  As soon as I pulled on the rod I knew it was no rock pile but since we were trolling for trout I thought I had one huge brown trout on the line.  Never in my wildest dreams would I believe that a bass would hit my trout spoon at forty five feet in the middle of winter.
The state record for both brown trout and lake trout were both pulled out from this lake so the thoughts of big trout were dancing in my mind as I fought the fish and the rest of the crew cleared lines and weights. 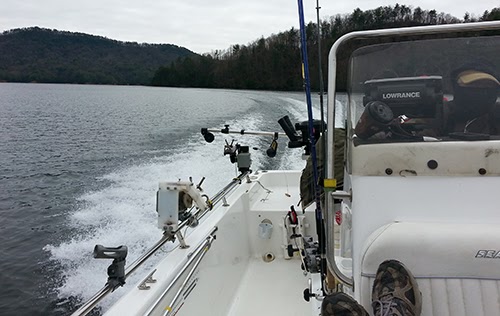 As soon as the fish cleared the water we knew we had no trout on the line.  To date it is the largest bass I have ever hooked.  The lyrics to "Five Pound Bass" by Robert Earl Keen played in my head as we gently netted the fish and celebrated a great fish.
Prior to this great catch, my fishing partner was having a little fun at my expense because I had been fish-less all day.  He on the other hand he had hook three small trout on his side of the boat.  His sarcastic laced 'Its not a contest' line however never again crossed his lips after my bass hit the boat. 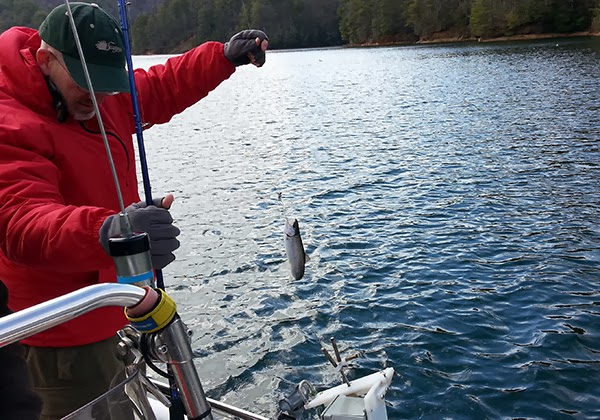 My many thanks to Sam for taking me and Marty out and despite a bone chilling cold day, we all had a blast!

Side note:
You might have also caught that I said that this trip took place last week so the thought that might cross your mind 'why did it take so long to post?"  The truth is the very next morning, the family and I left for Phoenix for my sisters wedding and I just haven't had time to warm up the computer till now.  I did manage to post these pics on my HexFishing Facebook Page so If you like Hexfishing then you had the early scoop.  If you are on facebook then click over and get on board - The button on the right of the screen with the giant stonefly will take you there.
Posted by Unknown at 4:27 PM

Congrats on a nice bass and a memorable experience catching it. Sounds like fun... even if it isn't fly fishing.

I've only caught a bass like that a few times in my lifetime. Great catch!

I've caught one bass that size. Nice! I think you ought to do a painting to commemorate the occasion.