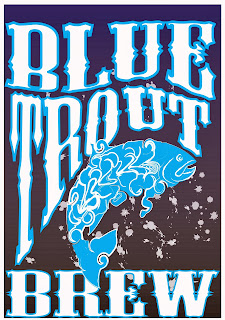 Its been one hectic week and as I sit down to catch my breath I decided to have a little fun on the computer.  I am a sucker for all things trout related and that includes my beer choices.  When I was in Montana I had the privileged to try out many local breweries, nearly all of which had some sort of fly fishing or trout theme to their labels.  Pure genius in marketing if you ask me because I was sucked in by the labels alone.  The added bonus was that the beers were quite good as well.
With beer and brewers names on my mind like 'Trout Slayer', 'Madison River Brewings Baetis Belgian, Copper John Scotch Ale, & Elk Hair ESB' and even Georgia's 'Sweetwater brewing' featuring a colorful rainbow trout as its logo I decided to have a little fun with my own label.  Pretty simple design but not a bad concept.  I even decide to see how it might look on an actual beer bottle.

Besides wasting time designing beer labels I have been doing a lot of road cycling lately.  Last week I did a 11 mile short ride, a 25 mile ride, and one 51 mile trek up to Travelers Rest SC.  Averaging about 16mph I am no Lance but it has been good for my cardio.  Its also fun to go flying down a steep hill (My top speed was a 45mph descent) even if going up is a killer.  So with that in mind I also created this logo the other day. 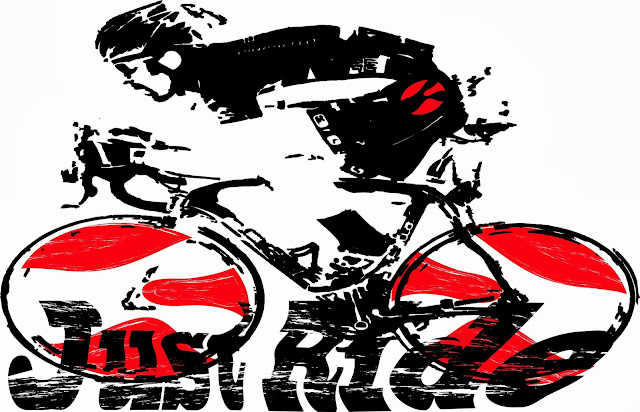 For those wondering if I have had the time to hit the water for a bit of fishing - the answer is yes but not nearly as much as I would like.  I also got a new shirt to sport out there on the water.  While messing around on the web a few weeks ago looking at what my designs would look like on a shirt I accidentally ordered one.  How I did that I am not quite sure but apparently I hit the order button instead of the exit button.  Oh well.  I now have a good looking sports tech shirt featuring a RedFish chasing a shrimp. 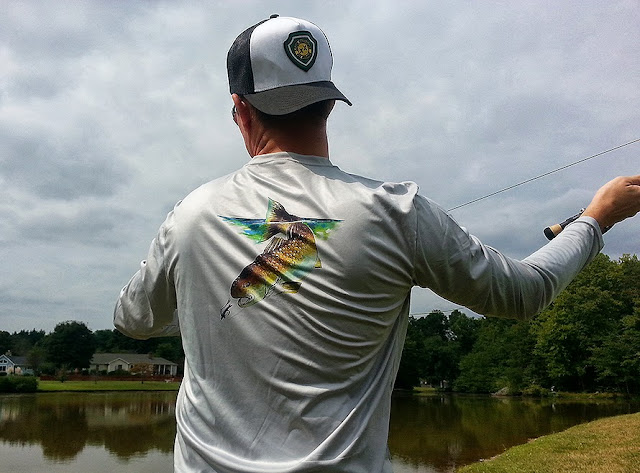 And finally I managed to get one wet morning of hunting in.  Archery season opened last week here in the upstate and although the deer are tricky to predict this time of year I headed out anyway. 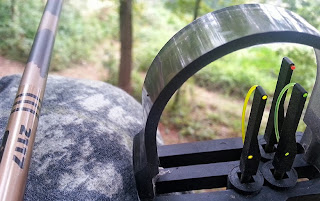 My buddy saw a few does at a distance but as a cold front began to move in bringing a load a rain, it became very apparent that the deer were not in a mood to be moving.  In the end it was a nice peaceful morning in a tree stand watching the ground fog burn off as the forest begins to come alive with the sounds of squirrels fighting over acorns and song birds waking from a restful night. 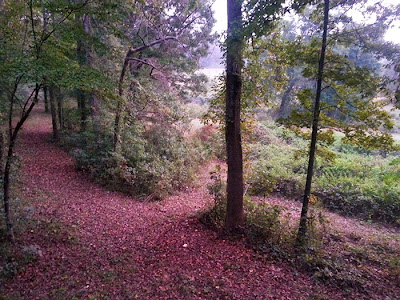 Hey Joel. Had a friend who got a ticket for speeding on his bike, but you have to understand that he was in the Peoples Republic of Davis (California) and they're a little weird over there. The other thing was I was turned on to Gateway Feather Powder for arrows and works great for dry flies. A lot cheaper than Loon Top Ride.

Lol. My cousin got a speeding ticket in Davis while riding his bicycle. I thought he was pulling my leg. Who gets a ticket on a bike? Only in California can you get punished for being fit while the government debates legalizing pot. Crazy?. I'll look into that powder though. Never thought about that.