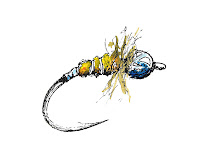 It was bound to happen sooner or later.  The kids have been fighting colds for the better part of the month, the wife has been infected with it for over a week, and tis the season for the sniffles.  I wouldn't give up the slobbery kisses of my four year old for anything but I'm sure that is how I finally received this seasons cold bug.
So what do you do on a day when your head aches, your throat and nose in clogged, and you feel like crap?  You sit at home, dream of fishing, and try your best to eat and drink your bug away. 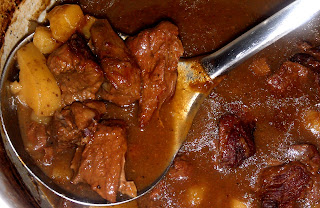 I could never remember which home remedy to implement;  if you starve a fever and feed a cold or feed a fever and starve a cold.  I decided that feeding a cold was just as good as starving, after all its just a home remedy and how true can that old saying be anyway?  So early yesterday morning my loving wife tossed some deer stew meat, potatoes, and a few onions into a pot and let it stew all day.  I on the other hand kept myself busy with blowing my nose and keeping my sick body hydrated.
I also decided to sketch out the fly you see above in between watching old movies.

I have an affection for these old war or western movies.  If I am lucky enough to catch a John Wayne marathon on AMC or TCM then it would be hard to pry the remote from my hands.  I wasn't that lucky yesterday but I did manage to not do much in the way of exercise.  Thanks to a few good movies I was able to rest and recoup.
After a day of smelling the mouth watering stew from the kitchen, I pried myself from the couch and had two heaping bowl fulls of the best deer stew I have had in a while.
This morning I awoke a new man.  I am not sure if it was the stew or the rest or a combination of both but regardless, it did the job.  I'm not 100% but it sure is an improvement.  Today I will continue feeding the cold with the leftovers and hopefully soon will be back to normal.
Posted by Unknown at 2:43 PM

A man after my own heart. Old war and western movies. Can't beat them. Just yesterday I watched (for the umteenth time) The Comancheros. Ok, it's starve a cold and feed a fever and chicken noodle soup is the second best (right after deer stew) for getting rid of the crud. Glad you're feeling better.

Glad you are feeling better. I'm coming for dinner at your house:)GMa

Ah, the crud. You're right - tis the season...although I've been lucky thus far, I'd still put the hurt on some of that stew. Dang...EPIC win.

Glad to hear you're feeling better and...nice sketch of the fly. Even under the weather your skills are top-notch.

I wish you all back to health!

The deer stew looks great (as does the fly). Me on the other hand takes a shot of whiskey which knocks me out. I'm bundled under a ton of blankets and sweat it out while I'm out. Wake up hungry and feeling like a million bucks.

Shoreman - The Comancheros is one of the great ones and I hit the chicken soup last night. Thanks
Brk Trt - me casa su casa
Gma - next time we will have stew
Colorado A - many thanks for the kind words. You just can't beat a good stew on a chilly winter night.
Tomek - on my way , thanks