Finding Nature While Fishing In SC 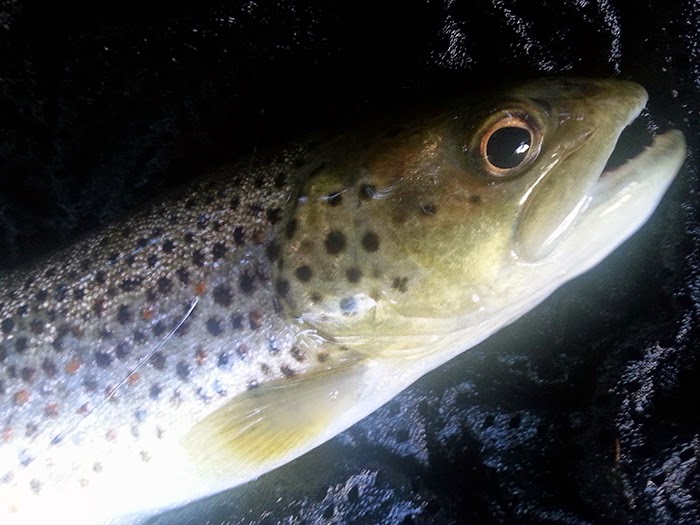 Yesterday I took my Tenkara rod up to the foothills for a little trout chasing and found more than I was looking for.
I enjoy all types of fishing as most of you know, whether it is fly fishing, spin fishing, and if the situation calls for it - even bait fishing, but as a rule I tend to enjoy casting a fly more than all the others.  Tenkara fishing is just another way for me to be connected to the fly in a more direct way and for fishing small streams it is, in my opinion, the best tool in the box to catch fish.  It allows ease of travel, with simplicity and a direct contact with the fly that a traditional fly rod and reel rarely can duplicate. 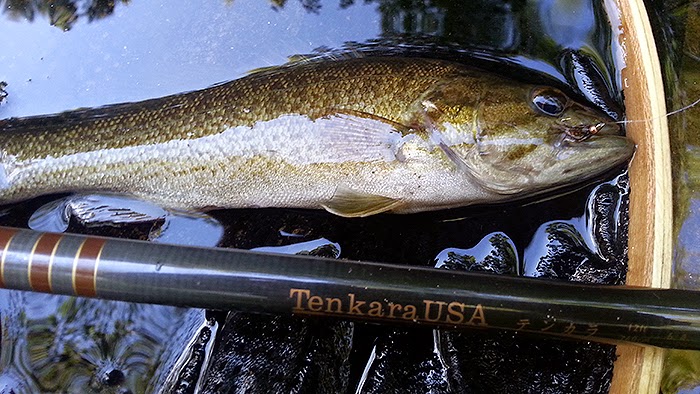 So when I headed to the hills to search for trout, I was expecting to catch a number of browns - due to water temp - and maybe if I was lucky, a rainbow or two.  What I was not expecting was to get a hat trick of species completely disconnected from each other.
Just after sunrise I hooked into a number of browns that eagerly took a Killer Bug made from my wife's knitting yarn but after the heat began to hit the water I hooked into a few sunfish and even an eager river bass that had some stunningly sharp coloring. 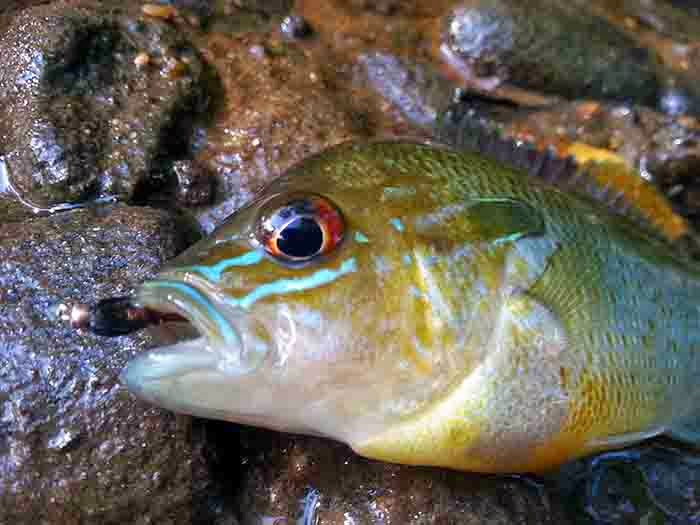 The Sunfish however was the winner of the day for color.  As many of you can attest, a river/stream sunfish is one of the most brilliantly colored fish in fresh water.  They are by no means a big fish or one you want to brag about but they are magnificently colored.  Pictures rarely do them justice but if you appreciate beauty in nature than you must give the little guy his due.

Another added bonus I discovered was the amount of wildlife that joined me on the river.  Below are just a few examples of the other colors in nature that astound me. 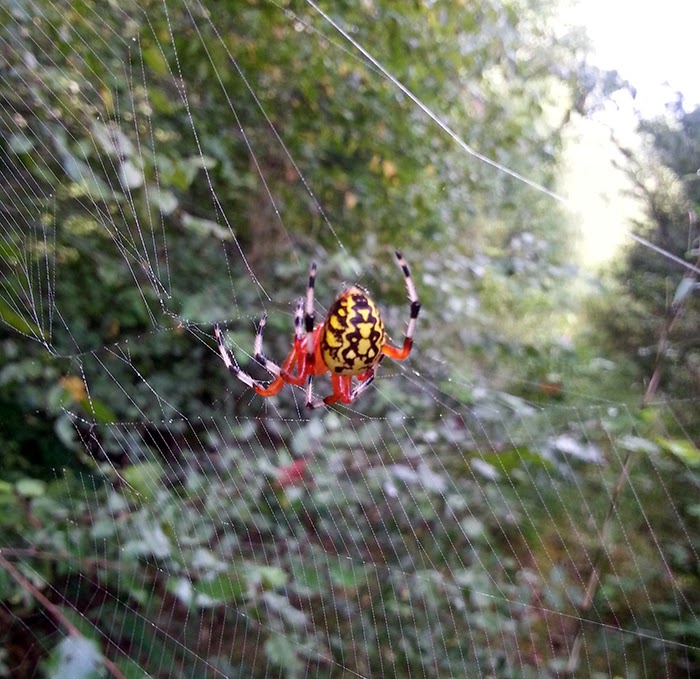 This Marbled Orb Weaver - that is its real name, I looked it up - almost became real close friends when I came inches away from planting my face in its web.  Only his bright coloring made me check my steps and for that I am thankful. 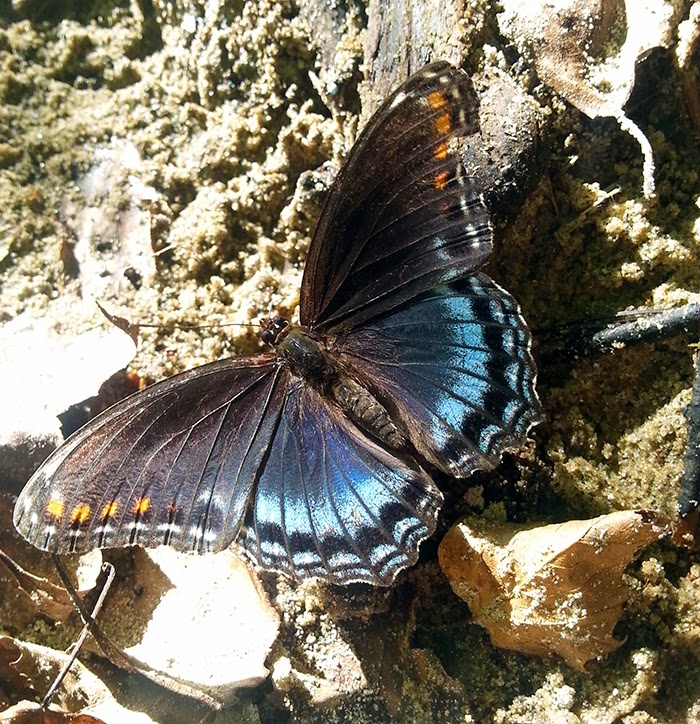 Countless butterflies refused to sit still for a photo but this guy - probably near the end of his life - cooperated.

By far one of the largest caterpillars I have ever seen.  I haven't looked it up yet but would love to hear your thoughts on what it would be.  I was thinking a Luna Moth but that is only because it is so big.  Any Ideas? 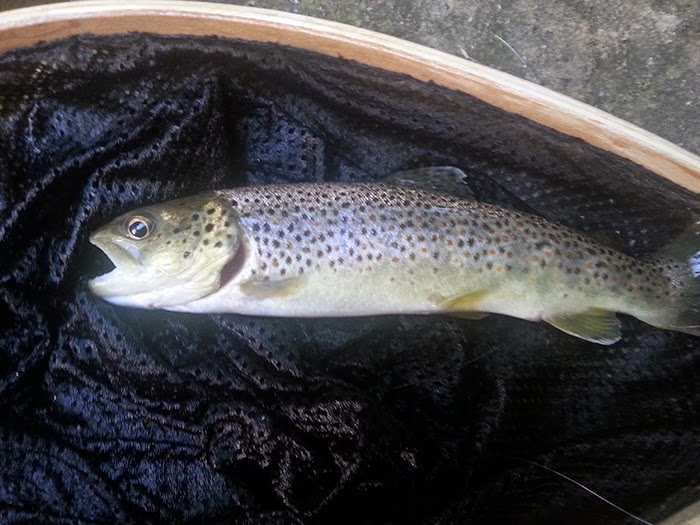 Overall it was a good morning and as the heat took hold around noon, I packed up and headed home.  I love nature and all it has to offer.  Getting out to fish is only part of the experience and if you don't take advantage of all the beauty that surrounds your time in the woods than you are doing yourself a real disservice. 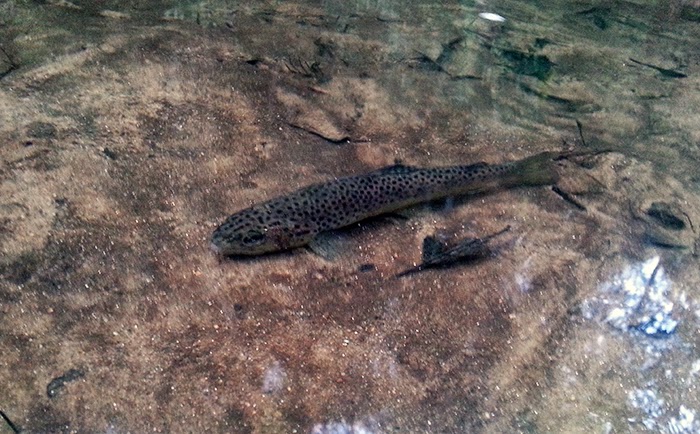 Beautiful. I admit it, this is why fishing is so attractive to me.