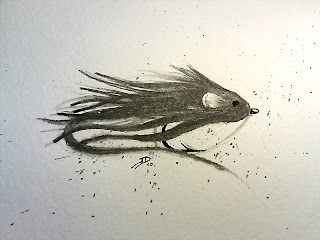 Here is a mouse for those bass fishers out there that love the rise of a big bass to a top water fly.

So I took the kids to a local pond for a bit of fishing blue gill and sunfish.  I mentioned to the kids the other day that I wanted to take then trout fishing but due to school and other chores we were limited to the sunfish pond.  I took my new Tenkara rod and though I am unsure whether it is sacrilegious to take this rod for the lowly sunfish, I did it anyway because.... well its my new toy, and it is easy for the kids to handle. 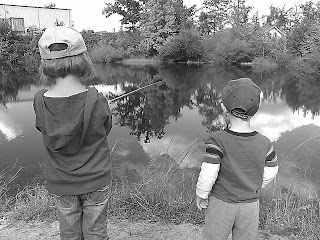 FYI.  there is few other things that are as frustrating and at the same time, rewarding as taking a four year old and two year old fishing.  I constantly had to remind them that we are fishing not throwing rocks or sticks into the pond.  Thank goodness the little pond I took them to was LOADED with bluegill and sunfish.  Over all, in less than an hour, we caught and released over two dozen fish.  That is about a fish every 2-3 minutes.  Non of them big by any stretch but fun for the kids and me - absolute FUN. 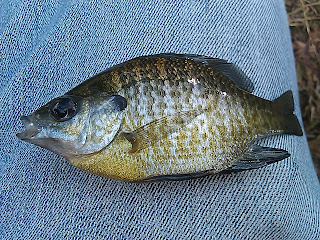 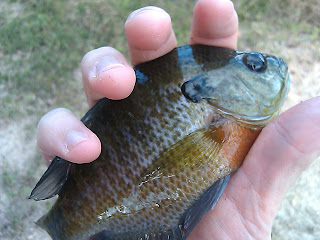 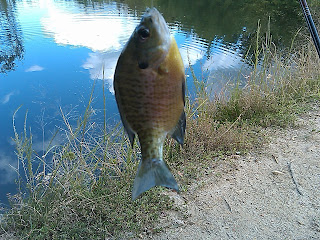 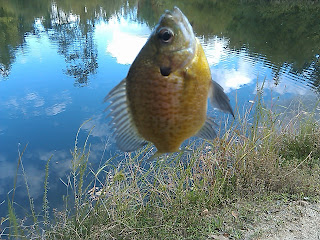 The Tenkara rod is a great Bream fishing rod.  I still prefer the trout and would have liked to hook a good bass to test it out but the kids had a blast and for me it was all worth it.
Posted by Unknown at 5:27 AM

If they are catching fish, they will be hooked for life! And anyway, a little rock throwing never hurt anyone... until it hits 'em!

Thats one of the good things in life. I've done it with my kids, and now I'm doing it with my grand kids.

I also enjoy fly fishing for bluegils, nice colors and a formidable foe on a 3wt.

Ha! The kids sure love to throw stuff in the water, don't they? Actually, I really can't blame them...I still enjoy it myself, from time to time.

Something about a pond or lake that just begs to have rocks thrown or skipped across it's surface.

That looks like it was a great time, Joel...time spent together, and memories that will last a lifetime.

Really doesn't get much better than that!

As they grow, the things they do when "fishing". When my Grandson was 9 and we were fishing Power Bait, he thought more was better. Power Bait on a hook that was the size of a golf ball. He had fun and that's all that mattered.

Thanks for all the comments guys. Kids do love to throw rocks and I can remember my dad and grandpa being just as frustrated with me at that age (or older) when there was fishing to be done and me and my brother where tossing rocks into the fishing hole. I love taking them fishing but cant wait till they do less tossing rocks and more tossing line.

Fishing with kids is fun as soon as you realize it's not about catching fish. No one ever held up a picture of their kid holding a video game.